Some people have called me an Apple fanboy. I stood in line for hours for the first iPhone and then again for almost every new iOS device that came out. I own more Apple devices than t-shirts (I’m not a big t-shirt fan, but still, it’s a lot of devices…). And I have convinced quite a few people over the years to switch to Macs, iPhones and iPads.

Why? My theory of frosted glass effects: When a technology vendor can’t keep up with the speed of innovation anymore, it resorts to incrementally copying other’s innovations and starts adding pointless visual gimmicks, such as frosted glass effects. Such effects are cool, set your product apart, make it look modern, but unfortunately they are also entirely useless and just consume system resources without really improving the user experience.

I switched to Macs in 2006, after almost two decades using Microsoft OSes. Microsoft in the 90s and early 2000s was much more innovative than people give it credit for. Tablet computing, simple Internet programming, productivity software, the first really powerful PDAs — those were all sectors where Microsoft was the leader.

But then Windows Vista came out, almost five years after XP. And what was the most remarkable new feature of this next-gen OS? 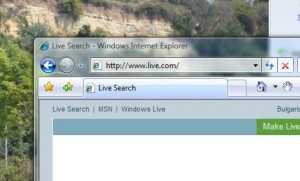 The rest was unremarkable at best, copying many of the features Mac OS X had had for years and fixing some old problems. It was clear at that point that Microsoft had lost its way, the beginning of Microsoft’s current malaise. And for me it was time to switch to the platform where the real innovation was happening – Mac OS X, mostly with web-based applications, and a bit later from Windows CE to iOS.

A few weeks ago Apple introduced iOS 7, the first major overhaul since the iPhone came out. It has a ton of new features, almost all of which Android users have enjoyed for years. It fixes a lot of old problems, and…

…it has frosted glass effects. Lots of them. 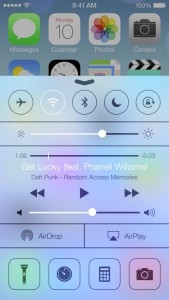 A few minutes after installing the IOS 7 beta I just knew I needed to switch to Android.

I have found myself using more and more Google apps on my iPhone over the past 18 months or so. Google Maps replaced (surprise) Apple Maps, Gmail replaced Apple Mail, Chrome replaced Safari. I did voice search through Google’s search app, not Siri. And so on. Why? Because Google’s services are not only much more powerful but also very neatly integrated. The amazing Google Now is the best example for that.

In fact, I was already using a Google phone running iOS underneath, and there’s simply nothing in iOS 7 that makes me think I might switch back to Apple’s stock apps.

There’s just frustration that iOS 7 has barely caught up with Android’s current state.

Android fanboys tend to think that this has always been the case. Not so. When Apple came out with the original iOS, the first real browser on a mobile device, multi-touch, the original app store, photo stream, AirPlay, etc., it was years ahead of everybody else. But that was then, and iOS 7 is now. Unfortunately, it feels a lot like Window Vista.

Just to be clear: I’m not feature obsessed when it comes to mobile devices. I spend much of my working day wrestling with technology, and the last thing I need is a high-maintenance phone or tablet. But Android has matured to a point where it’s (almost) as easy to use and polished as iOS, with a ton of added flexibility.

And without question, the real innovation now happens in the Android ecosystem. Smartphone functionality has matured to the point of saturation, and real progress can only be made in Internet-based services that integrate seamlessly with a smartphone OS. Google’s superiority in information services and Android’s general openness are perfect for that.

I’m not an Apple fanboy, I’m a fanboy of great products. And as much as I hate to see Apple lose its lead, it’s time to switch.